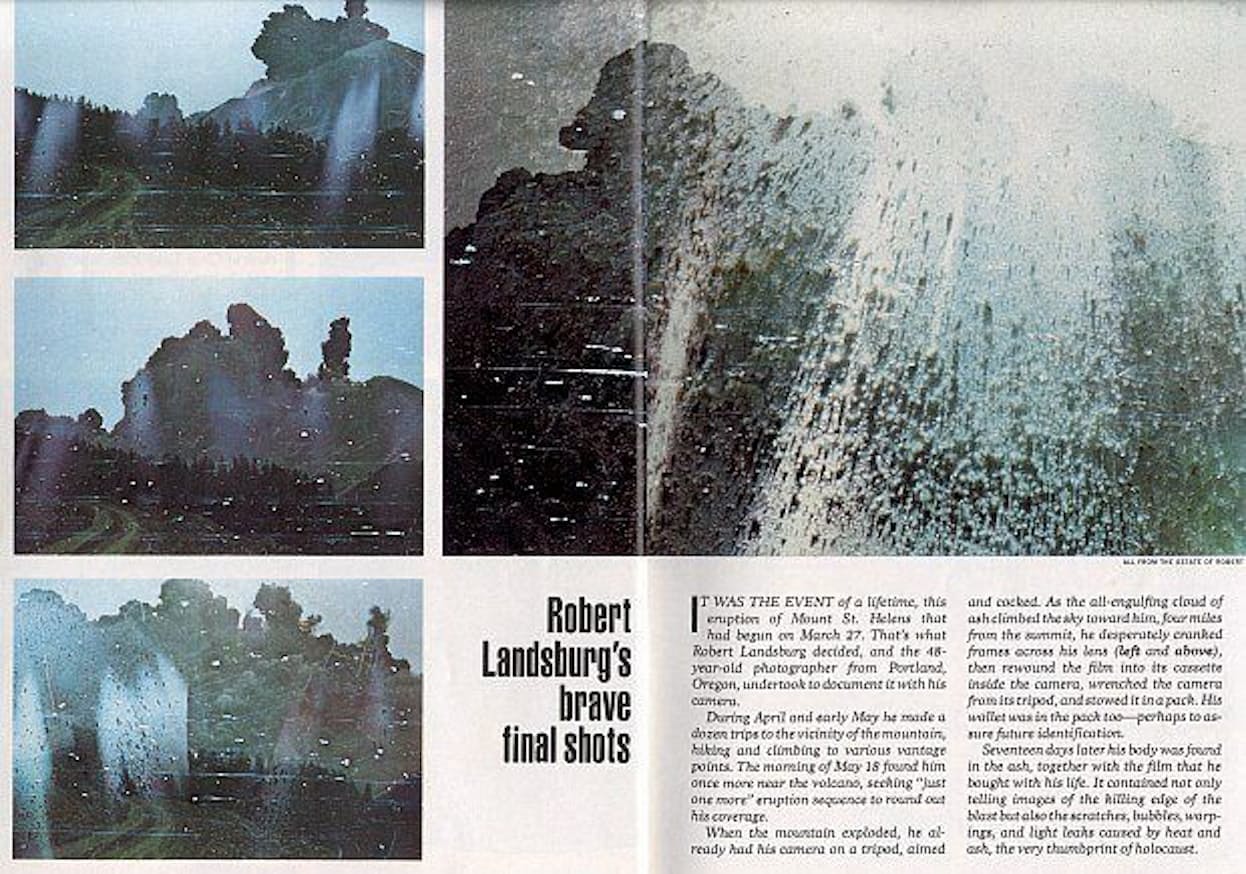 Landsburg continued to photograph the eruption until the last possible moment, leaving himself enough time to wind up his film into its case, place his camera in its bag, place that bag into his backpack, and lay his body on top of the bag as the final protective layer against the shower of magma and ash. (source)